Everyone was so enthusiastic about the debut of our new coloum, This is Very Pinteresting, so we decided to keep er goin’! For the second installment, we’re talking traditional Kilim rugs, specifically in modern spaces.

There’s no denying why Kilim rugs are oh so popular right now. They bring instant color, warmth and texture to a home, balancing out hard edges and grounding the stark minimalism of modern pieces. Not to mention, Kilims bring an international flare making a room look more collected and eclectic. They look especially good in a kitchen {which tends to be the most modern room of the home with stainless steel appliances and the latest cooking gadgets}.

However, Kilims have taken a place in virtually every room of the house! Let’s have a look. 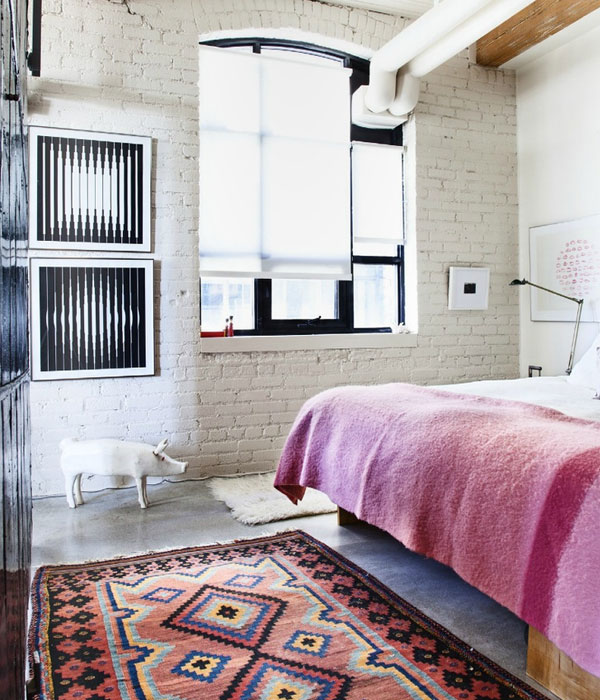 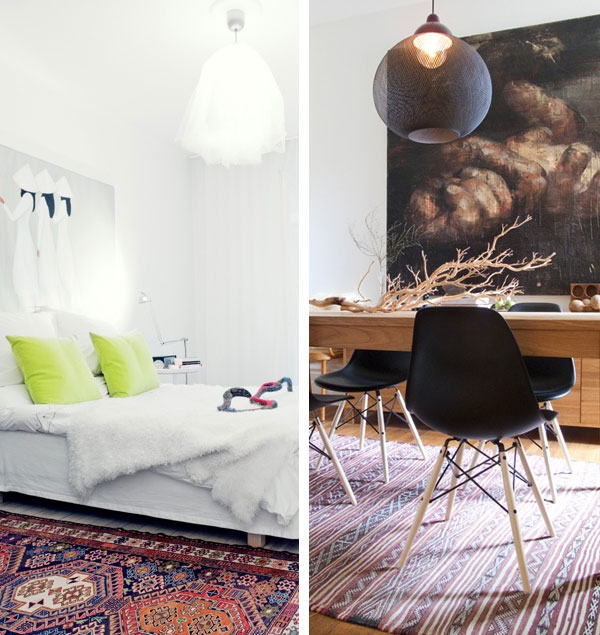 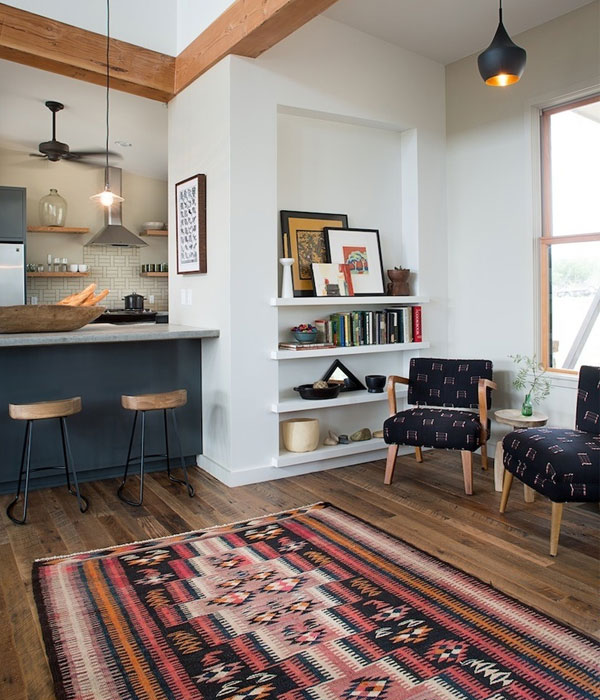 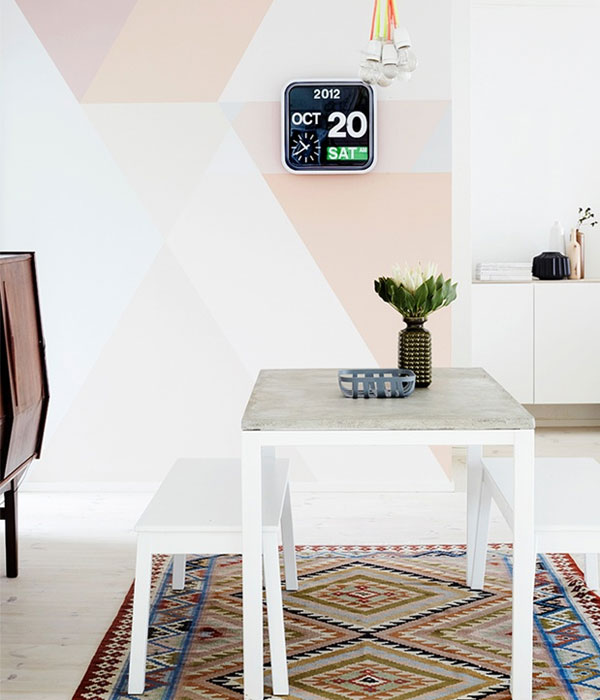 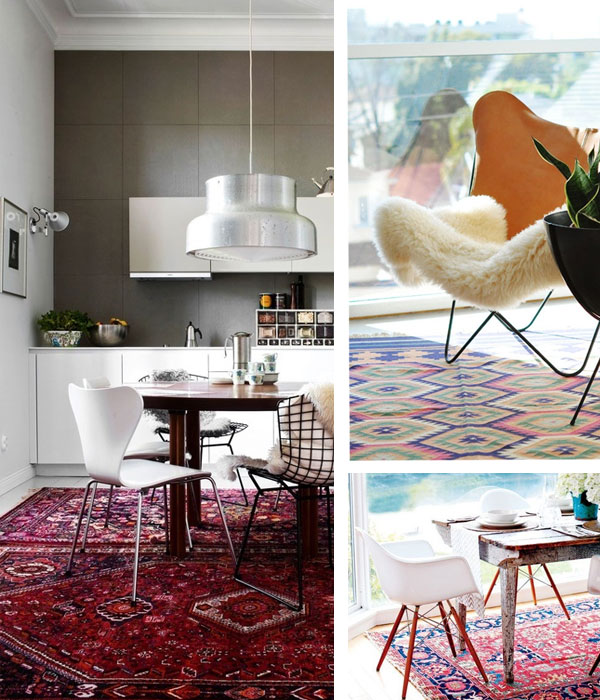 Kilim {a Turkish word} is used to describe flat weave rugs made in the region between the Balkans and Pakistan. So, to clear this up for us geographically challenged folk, that includes big countries like Turkey, Afghanistan, Iran {formerly Persia, hence the synonym: Persian rug}, parts of North Africa and Asia. Besides the intricate patterns, geometric shapes and bold colors, the main characteristic of a Kilim is that it is pileless {Editors note: there is nothing that grosses me out more than pile rugs! It must be the dog owner in me!}

Kilim rugs are one of the oldest design traditions in the world, making vintage Kilims a sought after piece in the design world, often having a hefty price tag. To find the best deals on vintage Kilims keep up on sites like eBay and Etsy. I’ve been on the lookout for a perfect blue Kilim for a while now. I found one at the Rose Bowl Flea Market and was devastated that it was in horrible condition. However, I regret not getting it because I could have salvaged the good parts of the rug and made some awesome pillows!

What do you all think of adding a pop of color and eclecticism to a modern space? Have you had your eye on Kilim too? We’ll give you our Etsy secrets if you give us yours!

This is Very Pinteresting is brought to you by our editorial intern Bianca of A Fabulous Challenge!