If you missed the announcement that earlier this fall I jumped headfirst into a new project – a cottage on the edge of Hood Canal in Washington state, don’t worry, you haven’t missed much. If the fact that we made the decision to take on another major renovation project amidst a global pandemic didn’t seem crazy enough – well everything that could go wrong with the house did. It’s all very 2020.

I won’t bore you with the very long story, but in a nutshell on the day before we were set to close the house flooded almost thwarting the entire thing. In the end, we did end up with the house and the need for all new floors (among other unanticipated fixes). But after six years of working on a renovation this almost felt like a drop in the bucket.

Before I break for the holidays, I just had to share the cottage’s before tour and give you a little peek into my design plans. I’ll be pausing through the rest of the year (save for updates to the The Apt34 Shop!) in the hopes of getting all the design locked. I keep thinking if I’m organized enough there’s a chance we might be able to be in there in time for the mid-winter break. Even after the most disastrous of years, I somehow still believe in miracles.

For now, let’s dive in into what I’m starting with. If you thought This Old Victorian’s before pics were dramatic – buckle up. We shall begin in the house’s living room. This is the space you enter as you step through the front door. I’m going to admit upfront it was not the house that attracted me to this project – it was that view out the windows. The house itself offers very little in the way of charm. Even though it was built in 2004, it held over every bad trend and builder grade detail from the late 1990s. Blech. I don’t have the advantage of built-in architectural interest with this bad boy. This is more of a lipstick on a pig situation. Well, that’s not entirely true. I do have a vaulted ceiling to work with! A bit of saving grace. The ceiling inspired me to rip out the wall you see in the back corner of the above picture, creating one contiguous living, dining and kitchen space with the vaulted ceiling running end to end. The goal is to flip the vibe from late 90s basic suburban to… to this – the ultimate Pacific Northwest coastal retreat – aka the anthesis of where things are at right now. I cannot wait. The existing kitchen is not doing me any favors in that endeavor. Small with poor space planning and virtually no counter space, I’ll be starting with a blank slate in here. That’s where the flooded dishwasher actually did me a favor. We had to rip everything out. The kitchen design is actually the furthest along right now, but I’m going to save that for my next update post so we can really dig into the details. For now, know that everything you see here, goes (including the existing walls!).

Ok, I can’t help myself. Here’s a little sneak peek of the kitchen’s design direction. I’m working with Reform – the tippity top of my favorite kitchen lines to create my dream space. I am counting down the days until I stand in this kitchen and just oogle it all.day.long. 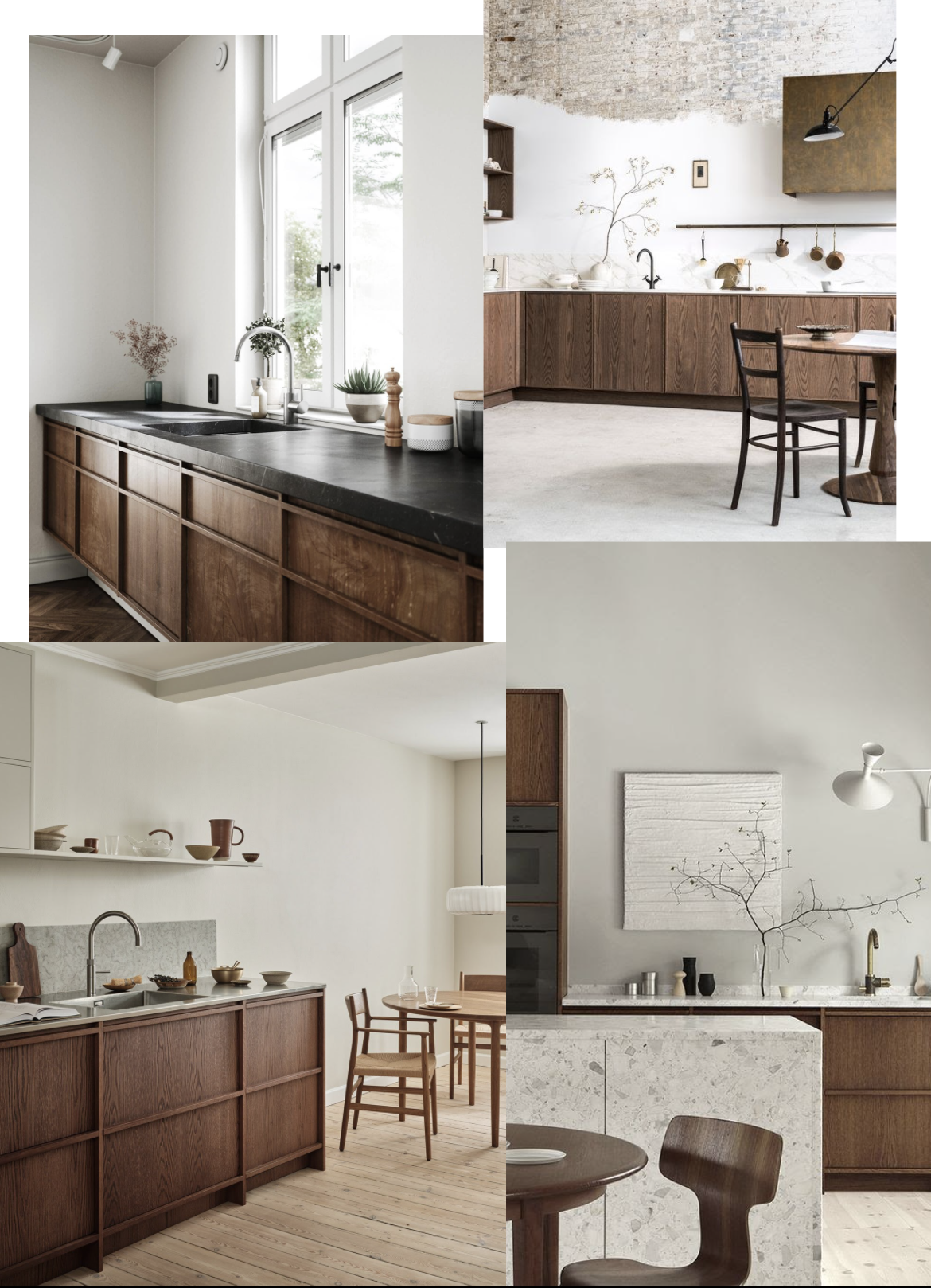 As we move into the bedrooms, the upstairs boasts three that will get a facelift for now. There will be a main bedroom, a guest bedroom and a kids room. Fresh paint, new floors and thoughtfully curated design details, from saying buh-bye to the boob lights to select furnishings  and maybe even wallpaper (whhhhaaaat) will breathe fresh life into each room. This is where I typically lie awake at night agonizing over design choices. The kid’s room is plaguing me right now. How over the top do I go? But that too is for another post.

The house’s bathrooms are another real treat – an homage to a totally different time. And really bold paint choices. But not in a good way. Again, we won’t be gutting the bathrooms for now – we have to prioritize, but I’m hoping to show you how swapping out key details and a few smart design choices can enliven even though most dated of spaces, all without breaking the bank. Wish me luck. Downstairs we have a great room to play with along with an office and little playroom area. I’m particularly excited to transform this room into a cozy vacation oasis.  I see family movie nights and girls getaways cozied up with wine around the wood stove. The amount of hours I’ve already lost researching modern wood stoves would blow your mind. But I know the final result is going to be worth it.

So there you have it. This project is already an allegory of 2020, reminding me we are not in control, things you want often take much longer than you anticipate or desire, but in the end, hard work and perseverance pays off. Well, here’s hoping anyway.

Let me know in comments what you want to see as this project goes along. Spoiler alert, demo has started!

If you haven’t checked out the brand new Apt34 Shop – CLICK HERE!